What do you think? I’m a fan, but it’s true that they are so main stream now it’s almost a rebellion not to get one.

I had my first experience 20ish years ago when I decided to go for the classic lower back tattoo of the time. They do say to regret the things you did, not the things you didn’t. And god did I regret that. Started regretting it roughly two hours after I had it done. Typical.

I’d first tried to get one when I was travelling in Aus. Walked in off the street and asked the tattoo artist for what I wanted. He took one look at my baby face and told me not to do it, that it was a bad idea. Good man.

Unfortunately a year later on a rainy day in St Albans back in the UK, the tattooist wasn’t quite so sensible. I pointed at the one in the book I’d wanted, chose it in black and white. He suggested that was boring and I should add some colour, blue would be good. Oh now that’s the part I regret the most, this would definitely come back to very painfully bite me on the arse. This wasn’t art, this was just something stuck in my stubborn head that I had to do. No research, no recommendations and just such a bloody 90s cliche of a Celtic knot. When he was finished the other tattooist came over and said “soon we won’t have to call you the trainee”. WTF!!!

I chalk the whole thing up to experience, I did a lot of stupid things back then. Luckily this was the only one to actually leave a mark.

So fast forward to 20 years later and tattoo removal has moved on in leaps and bounds. So I bit the bullet and decided to get rid of it. Basically the Lazer breaks down the ink under the skin and your body gets rid of it. So the darker the tattoo and the paler your skin the better it works. I had my consultation and she thought it should only take two treatments and the black would be completely gone, the blue might hang around but it was so tiny it wouldn’t matter. I’m not going to lie, tattoo removal is spectacularly painful. Way more painful than getting an actual tattoo. It’s almost like someone blasts your skin with a Lazer, oh wait that’s exactly what it is. She was right two treatments got all the black out, but it turns out that fuckwit tattooist had managed to pump enough blue in there that it had blown out to the size of the whole tattoo underneath. I persevered through two more painful treatments but it wouldn’t come out, so now I had something that looked like a bruise.

I decided the best thing to do was to get it covered with another. Twenty years later and I took a slightly different approach. I spent a year deciding what the perfect tattoo would be, looks at loads of artist work and then got another tattooed friend to recommend someone. I went with a Sunflower as they always try to find the light. I know, bleurge! As I get older I’m becoming more annoying and cheesy. It also has a good dark centre to cover the evil blue mess. Although I quite like the ghost of the old one still sticking around, a reminder of those earlier choices.

I also have my Nans initial on my wrist, I told you double bleurgh. But she was amazing, and the L initial works for lots of good words and other L people that I love. 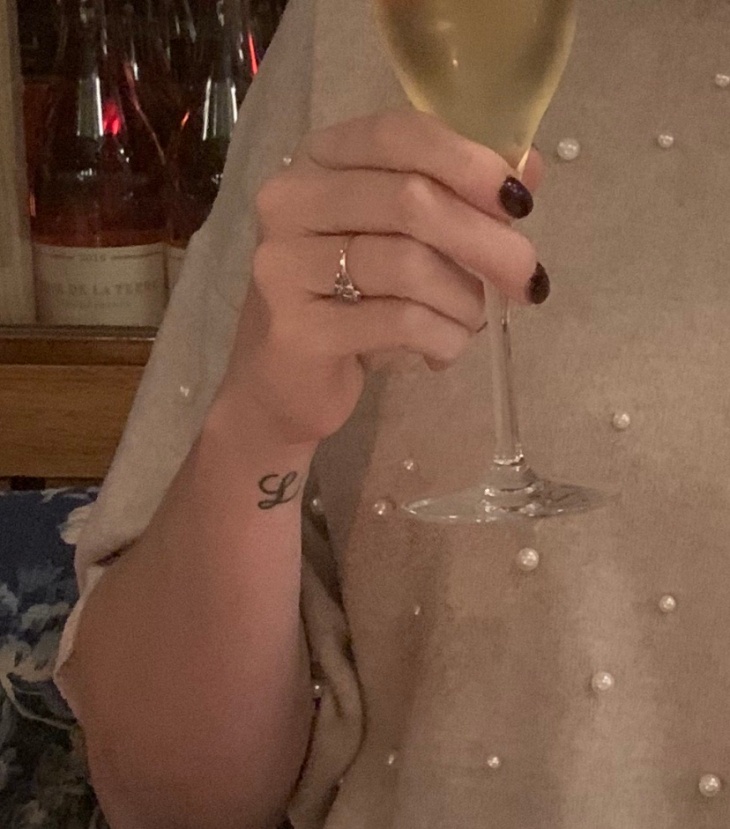 The good news is I bloody love my sunflower. I think it is genuinely art that you can wear. I fact I love it so much I’m heading back to expand on it. Or at least I was. My appointment was this week but the virus had other plans. So just another thing that this lockdown is messing with.

The funny thing is there’s still a little part of me that thinks I’m going to get into trouble. I’m 43 years old and live on the other side of the planet, but there’s a kid inside that worries that my parents are going to be well annoyed!

So watch this space. I’ll post the final pic when I can.

My advice to anyone who’s thinking of going for it. Just do it, but seriously research the work you want, the artist you use, avoid 90s tramp stamps (obviously easier now it’s not the 90s), and for god sake don’t let anyone talk you in to adding the colour blue!

One thought on “So tattoos?”

This is a text widget. The Text Widget allows you to add text or HTML to your sidebar. You can use a text widget to display text, links, images, HTML, or a combination of these. Edit them in the Widget section of the Customizer.
%d bloggers like this: